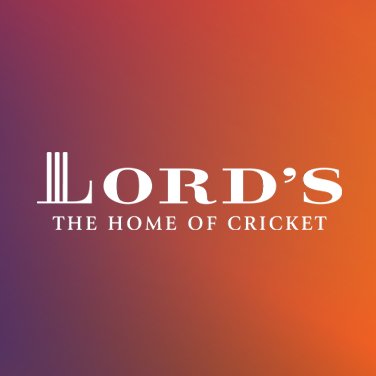 The ICC’s flagship One Day International competition returns to Lord’s as the ground hosts five Cricket World Cup matches, including the Final on Sunday 14 July.

The historic Test match between England and Ireland follows the conclusion of the ICC Cricket World Cup, with another must-see fixture in the second of the Ashes series battle, which will be played out at the Home of Cricket in mid-August. It is a feast of international cricket to enjoy.

Investing in the community

MCC Chief Executive & Secretary Guy Lavender is fully aware of the importance of hosting high-profile international matches, not just in continuing Lord’s status as one of the greatest sporting grounds in the world, but in being able to continue MCC’s investment back into the game and the community through a wide variety of projects and partnerships.

Now in its sixth year, the MCC Community Department brings together the many goodwill initiatives with which the Club has become involved in recent years.

The award-winning work covers a wide range of activities and demonstrates the Club’s strong commitment to working for the benefit of its communities, both at home and abroad.

Investing in the future

And as the Club looks to the future, the next step is to progress the plans for redevelopment of the Compton and Edrich stands on either side of the JP Morgan Media Centre at the Nursery End.

The new Compton and Edrich stands will seat around 11,500, leading to an overall capacity increase of around 2,500, and this will allow MCC to satisfy the huge demand for tickets from the general public.

Construction is set to commence once the epic summer of 2019 has concluded, with seating completed in time for the 2020 season.

In the meantime, MCC has seen overwhelming demand for international cricket in 2019. Those wishing to guarantee their seat for a truly memorable summer, can do so through a number of premium seating options available. Options include securing your very own seat on a long-term basis in the Upper Grand Stand, match-by-match hospitality packages and Boxes available on a daily or seasonal basis. To find out more, please visit lords.org/premiumseating or email premiumseating@lords.org.