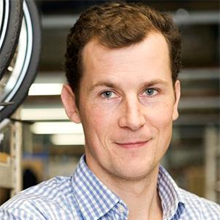 Will qualified as a Chartered Engineer (CEng) in 2001 and has been a Fellow of the Royal Geographical Society since 2013.  He started his career as a project manager for Imperial Chemical Industries (ICI) where he worked from 1997 to 2000 and continued as a Plant Manager for DuPont from 2000 to 2002. He joined Brompton at the age of 28, following a serendipitous meeting with the company's Chairman, Tim Guinness, on a coach journey.

Will was appointed Order of the British Empire (OBE) in the 2015 New Year Honours.