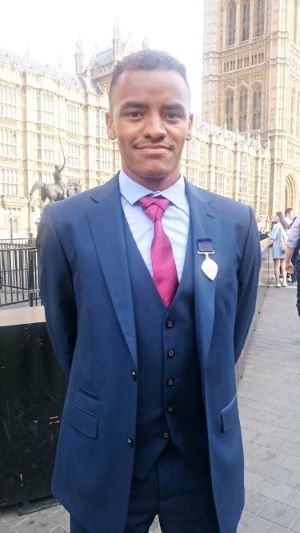 Torron-Lee Dewar BCAa is the founder of Alliance Dance Unit, a registered charity that specialises in bringing individuals away from Anti-social behaviour, gun/knife crime and other issues through early intervention services in the arts.

With over 15 years of experience in the artistic industry, Torron-Lee uses his skills to motivate, strengthen and boost confidence in people of all backgrounds. He has won numerous awards both regionally and nationally for his ability to bring communities together through teamwork, motivational strategies and creative thinking, recently being honoured a Service to Arts title at the Palace of Westminster. The British Citizen Award (BCA) is one of the country's highest accolades.

Over the years, Torron-Lee has collaborated with many recognised organisations such as British Airways, Channel 4, ESPN, Lionsgate, Royal Marines and has worked in Switzerland at the Gems International Academy, to deliver visual learning pieces that people can relate to and learn from alongside the MND Association. Recently written, "Creativity is Everything" is Torron-Lee's new book which focuses on psychological wellbeing based on real life experiences in becoming open minded to deflect the chaos of modern day society whilst converting negativity into meaningful, fearless energy.

Torron-Lee is also an ambassador of The Spirit of London Awards which was created by the Damilola Taylor Trust in 2009.