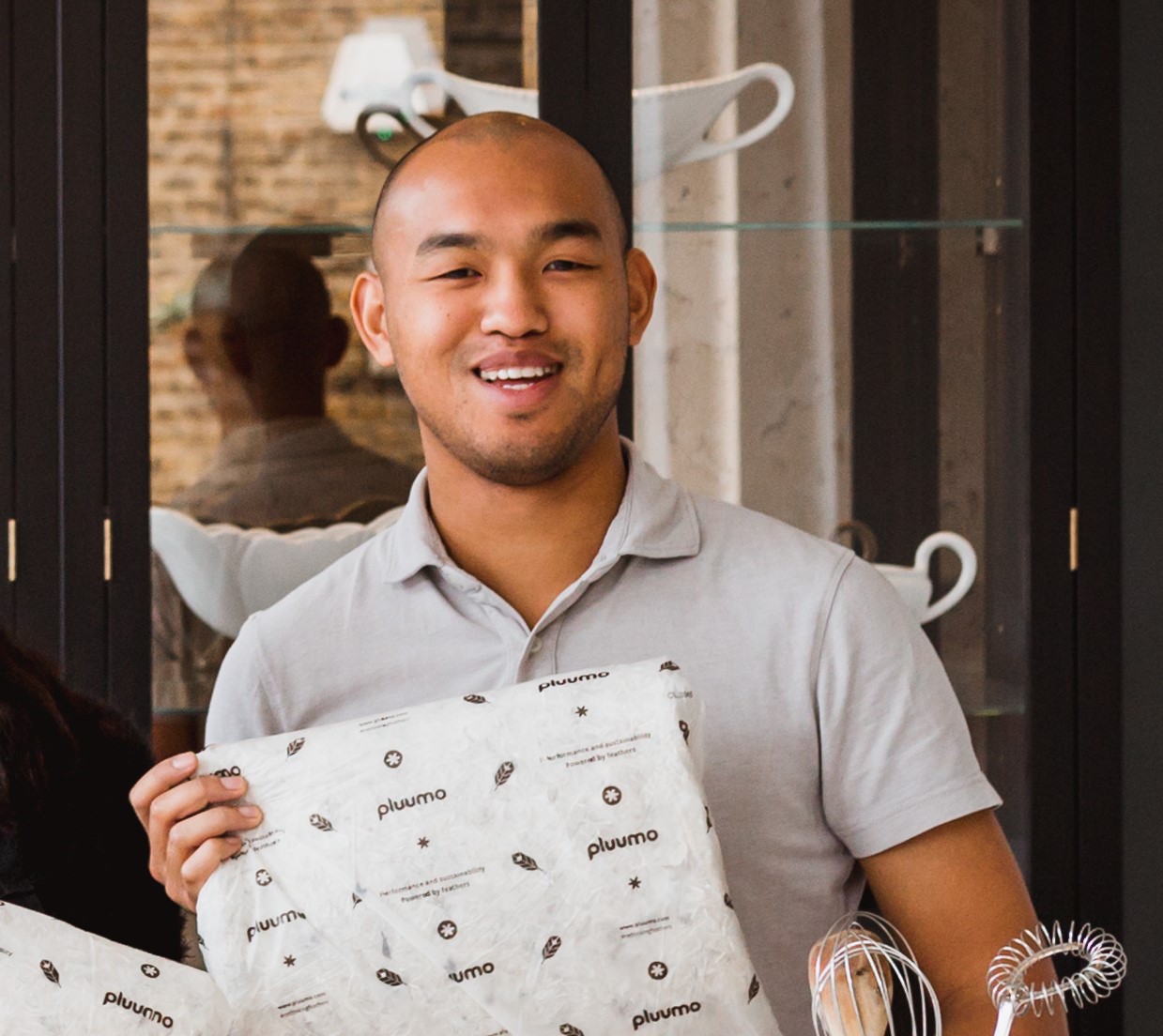 Ryan is the CEO and co-founder of AEROPOWDER, a startup developing sustainable insulation materials from surplus feathers.

He received his PhD from Imperial College, where he studied the effects of air pollution on the lungs. Now, with a passion for solving tangible problems in the world, his work with AEROPOWDER has culminated with the release of pluumo, the world’s first feather-based thermal packaging material for deliveries.

Ryan has been recognised for his work by becoming an Echoing Green Climate Fellow (2017) and being featured on the Forbes 30 Under 30 Europe List for Social Entrepreneurs (2017).