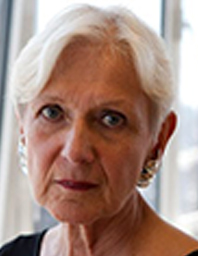 Jo Williams joined Mencap as chief executive in March 2003. Mencap is the UK’s leading learning disability charity, working with people with a learning disability and their families and carers. Jo has spent over 30 years in local government, the last 10 as a Director of Social Services. In 2005, Community Care magazine named Jo as the most influential person in social care, and in 2007, Jo was awarded a D.B.E. in the Queen’s New Year Honours list.