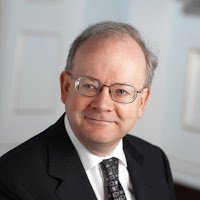 We are entering what is likely to be a period of significant change for our economy, with the vote to leave the European Union ushering in a new era for the UK’s relationship with the rest of the world.

Some of the adjustments to this new reality may prove difficult and many will take time.

And, while the Bank of England firmly believes that the UK – one of the most flexible economies in the world – can handle this change, there will inevitably be a period of heightened uncertainty as this process takes place.

Last week, the Bank published its latest Inflation Report which explained how the vote to leave the EU has resulted in a material change in the economic outlook.

For example, the big fall in the value of sterling since the referendum will push up import and consumer prices notably over the next three years.

We also now expect growth to be weaker and unemployment higher over the next couple of years than at the time of our last forecast in May.

Importantly, there are signs that this is already materialising: some uncertainty indicators have risen, property markets appear to be weakening, and surveys of activity growth have fallen.

In response, the Bank’s Monetary Policy Committee (MPC) has unveiled a comprehensive package of measures to support the economy.

The package includes a reduction in Bank Rate from 0.5% to 0.25% – the first change in interest rates for seven years – along with a new Term Funding Scheme, worth up to £100bn, to ensure that this cut is passed on by lenders to households and businesses.

The Bank is also expanding its programme of purchases of government bonds by £60bn and launching a new scheme to buy £10bn of UK corporate bonds. 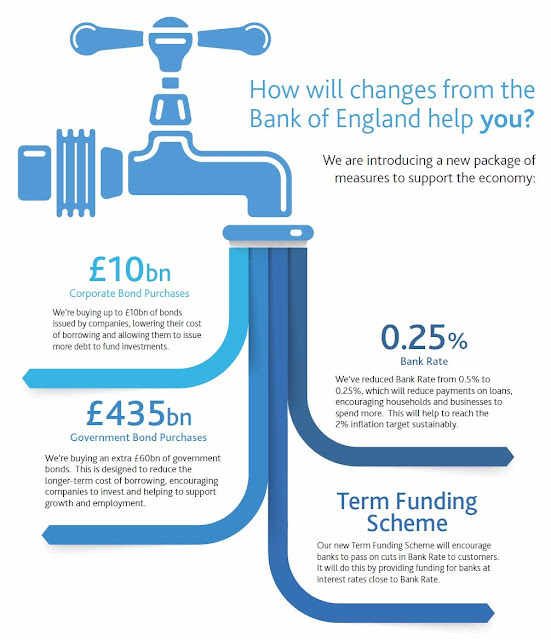 Taken together, these measures should provide a significant stimulus to economic activity, bolstering confidence and blunting the slowdown.  And there is scope to extend them if circumstances require.

This package of measures should have a real beneficial impact for businesses and households here in West London.  For example, cutting Bank Rate will immediately ease financing conditions as around half of mortgages by value are floating rate contracts and four-fifths of bank loans to firms are at floating rates.

In the absence of much ‘hard’ data yet on the economic impact of the referendum, the evidence gathered by our regional Agents was particularly important as the MPC tried to assess the state of the economy.

My colleagues Arpad Morotz, Lai Wah Co and I are really grateful for the time that business leaders and organisations across London have given us over the last few weeks as we’ve sought to understand better how they are being affected by this period of heightened uncertainty.

Although some companies tell us that they have not changed their plans as a result of the referendum outcome, others are more cautious about decisions on investment and hiring.

On Wednesday we published our latest Agents’ Summary of Business Conditions which included the findings of our survey on the impact of the EU referendum on our contacts.

The clear result was that the outcome would have a negative effect, overall, on capital spending, hiring and turnover over the coming year.

Our report also highlights a slowdown in growth in business services, partly reflecting a pause in commercial property investment and corporate transactions.

More positively, annual growth in manufacturing exports had turned positive after a period of declining output, helped by the recent depreciation in sterling.

But the weaker pound has already pushed up the price of imported goods for some businesses leading to expectations of price increases in due course.

At challenging times like this, what is always striking is the resilience and versatility of London’s business community.  As circumstances change, companies will adapt to take on new challenges and embrace new opportunities.

We hope that the actions taken by the Bank of England over the past week will play a small part in helping them to do that.
Source: Blogger