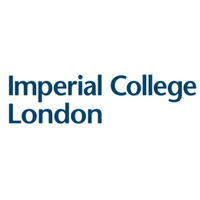 Last month, Imperial launched a major College-wide initiative, Transition to Zero Pollution, to push forward the radical transformation in technologies and systems needed to create a sustainable global society. At the launch event, Mary Robinson, former UN High Commissioner for Human Rights and former President of Ireland, shared some inspiring words on the need for multilateral efforts and principled leadership to address climate change as a question of climate justice.

Imperial College London are already working intensively with partners on innovations to enable a sustainable society, and through the new initiative, they are expanding these efforts and building deeper and wider-reaching networks between academia, governments and business.

A new kind of thinking

A key aim of Transition to Zero Pollution, which is central to Imperial’s Academic Strategy, is to introduce more holistic thinking. When chlorofluorocarbons (CFCs) were phased out, this helped restore the ozone layer, but their replacements, hydrofluorocarbons (HFCs), have high global warming potential. We need to consider all kinds of pollution. Similarly, technologies such as new kinds of battery, power generation, or plastic will help, but we need to consider the impacts they have at each stage of their lifecycles and how to embed them into new industrial and economic systems.

Imperial has huge interdisciplinary expertise in these areas, a lively community of entrepreneurs and inventors, and a network of international collaborators. But Imperial need more than ever to work closely with other organisations to translate expertise into real-world innovations.

On 16 November 2020, Imperial are offering you the chance to meet some of the Imperial teams developing new technologies to support and enable a zero pollution future. A series of stimulating pitches will be followed by a panel discussion chaired by Professor Mary Ryan, Vice Dean of Research (Engineering) and the Lead for the Transition to Zero Pollution initiative.

Imperial.Tech.Pitch – Transition to Zero Pollution takes place online on Monday 16 November at 11.30am. If you would like to attend, please register here for your free place here. Feel free to pass this email on to colleagues who would be interested in joining.