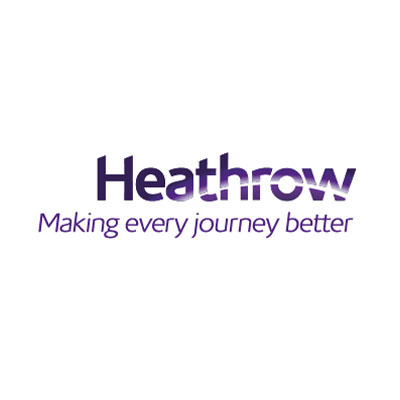 Heathrow’s new “Fly Quiet and Clean” report shows airlines are increasingly using the quietest, cleanest aircraft in their routes to Britain’s hub airport. The report ranks the 50 busiest airlines operating at Heathrow from April to June this year, based on seven noise and emissions metrics. The latest results come as Heathrow hits a noise milestone – the first month without the oldest generation, and noisiest, “Chapter 3” aircraft operating at the airport.

The League report shows Air India has climbed an astounding 37 places to place 5th this quarter, in part because of their use of Boeing Dreamliners at Heathrow, an aircraft that has 20-25% fewer C02 emissions and a smaller noise effect than the airplanes it replaces. Israeli airline El Al (48th) has now started operating a Dreamliner on its Heathrow route from September to March 2018, which should lead to an improved rank in the next quarter scores.  Dreamliners are now the fastest growing aircraft type at Heathrow, with more than 700 additional flights being made on this aircraft in June 2017 compared to last year.

Early phase out of the noisiest planes is a key part of Heathrow’s Noise Blueprint. Becoming the first large European airport to be completely free of “Chapter 3” aircraft, the oldest and noisiest classification of aircraft, by 2020 is a key promise in the blueprint and Heathrow will be working to ensure the trend started this month continues. This year, Heathrow increased the charges airlines pay to land the noisiest aircraft so that, on average, airlines pay ten times more to fly Chapter 3 planes than they pay for the quietest aircraft, like Dreamliners.

Air India has also improved its score because of its exemplary “track keeping” – the ability to adhere to the Government-set noise preferential routes in the skies around Heathrow – this quarter.  Track keeping winners this quarter also include Singapore Airlines, jumping up 21 places to rank 12th, and Lufthansa, Austrian Airlines, SN Brussels which are all up by more than 10 places compared to last quarter.

Regional airline FlyBe features in the League Table for the first time, at a good debut position of 29th. Heathrow continues to work with all airlines, particularly those at the bottom of the League Table to improve their scores and is already seeing some success.

“Heathrow airlines continue to bring the best of their fleet to our airport – a trend which not only delivers benefits for our passengers, but also makes our skies quieter and cleaner. Upgrading aircraft is the single best way to cut emissions, and to continue to shrink our noise footprint. We are pleased to see our efforts, including increasing our charges for noisier aircraft this year, are yielding results and we hope to continue the trend seen this month so our passengers and local communities benefit from Heathrow’s newer, cleaner fleets.”

Heathrow’s new ‘Fly Quiet and Clean’ report can be accessed at: www.heathrowflyquietandclean.com