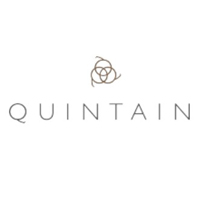 The developer started deploying the system, which sucks segregated waste from buildings through tubes to a central location, over ten years ago, and it is still being rolled out across Wembley Park now. When complete it will remove an estimated 700 tonnes of carbon emissions from the local environment and have the capacity to handle up to 6,000 tonnes of waste and recycling per year.

Quintain was the first UK developer to install the Envac automated vacuum waste system in 2008 with a view to increasing domestic recycling rates and contribute towards creating a sustainable environment. The Envac system vacuums waste that has been emptied into inlets through a series of underground tunnels at speeds of up to 70kph into a single collection station, reducing the need for unsightly on-street bins and significantly reducing the need for refuse lorry collections.

The results demonstrate the positive impact the Envac system is having at Wembley Park. Wembley Park residents are bucking the trend and have recycled up to 5 times more than the national average for apartments, the system has helped increase the local authority’s recycling rates by 30%, and refuse lorry trips have been dramatically reduced, meaning emissions have gone down by 90%.

Waste that is unable to be recycled is more sustainably disposed of than traditional refuse. Excess waste from Wembley Park is taken to a waste-to-energy plant to be incinerated and converted into electricity, so nothing from the Envac system ends up in landfill.

The system has also saved a significant amount of ground level space at the 85-acre site. Envac will save the space of 1,116 traditional wheelie bins, the equivalent of 237 car park spaces or 184 shipping containers. This has allowed for significantly more active spaces for amenities in the Tipi residential buildings and shared social uses for residents. One of the major residential and retail development plots at Wembley Park, which completed in December 2018 – home to Tipi’s Landsby and Scala buildings – was able to increase retail floor space by approximately 2,000sqft through the reduced bin storage areas alone.

Over 4,000 metres of Envac infrastructure is installed throughout Wembley Park. Quintain’s thinking and investment to incorporate Envac into the masterplan so early allowed London Designer Outlet to connect to the system prior to opening in 2013, as well as the Hilton hotel in 2012. The Envac system has the capacity to handle up to 6,000 tonnes of waste and recycling per year, and will be capable of serving homes across Wembley Park once the development is complete. Tipi will manage 5,000 homes at Wembley Park and the Envac system is a prime example of the kind of services being installed across the estate to reduce costs and pollution while promoting energy efficiency and sustainability.

Councillor Krupa Sheth, Lead Member for Environment at Brent Council, said: “This is a great example of a developer leading the way, using the latest technology to increase recycling and cut carbon emissions. Wembley Park was the first place in the UK to use this technology and it’s another reason why Brent is getting cleaner and greener. Quintain and Brent Council continue to work closely together to ensure that Wembley Park is a safe, clean and green place to live”

James Saunders, Chief Executive Officer at Quintain, said: “We are very proud of the sustainable environment we have been able to create at Wembley Park, and a large part of that is due to the Envac system. The fact our residents are recycling five times the national average is a testament to the convenience and sustainability of Envac. Meanwhile, the lack of wheelie bins and rubbish trucks makes Wembley Park a safer, cleaner and more attractive place and the ground floor space saved in our buildings is critical to our ability to create more active street frontages. Alongside cities like Stockholm, Barcelona, Hong Kong and Singapore, we believe automated vacuum waste systems, such as Envac, are the next great innovation for the modern way of living.”