How will the Coronavirus affect businesses? 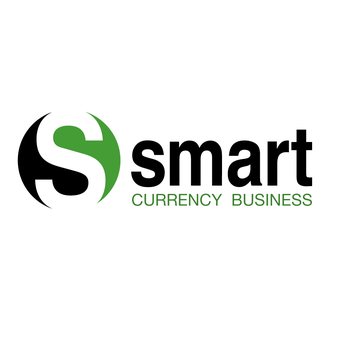 ‘COVID-19’ has taken the world by surprise and is already beginning to make its mark on the global economy. Infecting over 89,000 people and taking the lives of over 3000, at time of writing, China has had to implement mass quarantines and take unprecedented measures to contain the virus, which has now spread worldwide.

The virus has also begun to take its toll on currencies, which is likely to impact businesses that rely on imports and exports. Read WLB member Smart Currency Business’s latest Quarterly Forecast to find out more.

Corporate giants such as Apple, Amazon and Facebook are feeling the effects already, as China’s production has slowed dramatically. It’s therefore worth considering the different ways that COVID-19 could impact businesses from different industries.

The virus is almost certain to severely disrupt supply chains, which is something we’ve only just started to see. Water transport is used for more than 90% of foreign trade cargo, 95% of imported crude oil and 99% of iron ore. Generally, it takes between three and four weeks for goods to ship from China, meaning we’re just at the start of the period when the disruption will be felt by ships not arriving in ports.

Tech companies, in particular, are already starting to be affected by the disruption to supply chains. Smartphone production is projected to decline by 12% year-on-year this quarter, which would make it the lowest quarter in five years. In early February, Apple announced that the virus is having a material impact on its bottom line.

While manufacturers have the ability to build inventory and then catch up on stock sales at a later date, offsetting the effect of lower growth, some industries are already losing money that they will never recoup. The travel and tourism industry is an example. Holidays that people have cancelled, flights that have not been taken and empty hotel rooms cannot be made up later in the year. As well as this, travel and tourism is an industry with notoriously tight margins.

The luxury goods industry is also expected to be amongst the hardest hit, as in 2019, Chinese consumers accounted for around 35% of the total spend in the global luxury market and 90% of the growth in luxury goods sales. Several high-end brands have been forced to close or restrict opening hours in their Chinese stores.

Luxury spending carried out by Chinese shoppers outside of China is also expected to decline, as many have cancelled holiday plans due to restrictions on ‘non-essential travel’.

The winners, if they can be described that way, are pharma companies and health products companies. They will experience a lack of stock, but only because many have sold out already of their existing inventory. Ironically, if shipments from China do not resume quickly, their gains may be short-lived.

How will the virus affect currency?

COVID-19 has affected the currency markets, which, in turn, can impact businesses that rely on imports and exports. Asian currencies have taken a hit, whilst ‘safe-haven’ currencies have been given a boost. So far, there’s uncertainty over how severely the virus will affect major economies, so it’s difficult to predict how currencies will react.

WLB member Smart Currency Business can put measures in place to protect your business from the risks of foreign currency exchange. Download their Quarterly Forecast to read about upcoming events that could affect the pound, euro and dollar.

If you’d like any guidance on your business’s currency exchange exposure, Smart would be happy to help. Call on 0207 898 0500 or email corptraders@smartcurrencybusiness.com.