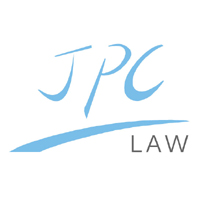 Judgment was handed down in case of Kaye v Oxford House (Wimbledon) Management Company Ltd [2019] EWHC 2181 (Ch) on Thursday 8th August 2019 by Deputy High Court Judge Lance Ashworth QC and is an authority on the operation of Section 303(5) of the Companies Act 2006.

The original board of directors called a meeting of the members of the company having been requisitioned by the members to do so. Prior to the date on which the general meeting was to take place Counsel’s advice was then taken by an individual director with a view to determining whether or not the resolutions to be proposed at the meeting of members were vexatious or ineffective within the meaning of section 303(5) of the Companies Act 2006.

The meeting was duly held and the individual who took Counsel’s advice was appointed Chair of the meeting and ultimately refused point-blank to put any of the resolutions to the meeting based on the fact that they would apparently be ineffective if passed at the meeting. This individual then closed the meeting.

The remaining members who were in attendance decided that the meeting should continue and appointed a new Chair. The meeting then proceeded to vote on and pass each of the resolutions proposed.

It is the act of these remaining members that resulted in conflict and the question of whether the act of passing those resolutions at the meeting was, in fact, valid or not.

Under section 303 of the Companies Act 2006, the members of a company may require the directors of that company to call a general meeting.

Section 304 provides that directors required under section 303 to call a meeting must call the meeting within 21 days from the date on which they become subject to the requirement and the meeting itself must be held no more than 28 days after the notice convening the meeting.

Section 306 gives the Court the power (of its own accord or on the application of a director of a company or a member who would be entitled to vote at the meeting) not order a meeting to be called, held and conducted in any manner the Court thinks fit.

To discuss any concerns you may have about how your company’s general meetings are held please contact Andrew Morgan, Partner and Head of Corporate and Commercial a call on 020 7644 6303 or email amorgan@jpclaw.co.uk or contact him on LinkedIn.