JPC Law – No going back? 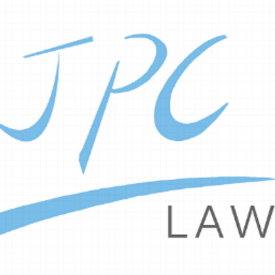 Trials in respect of what is known as “ground G” under s 30(1) of the Landlord and Tenant Act 1954 are extremely rare. Ground G permits a landlord to oppose the grant of a new lease of commercial premises when they intend to occupy the premises as their home and for the purposes of a business.

Steven Ross has, however, recently acted in two cases where the landlords of commercial premises have successfully obtained orders refusing their tenants a new lease underground G.

Curiously, both cases had similar facts – both involved elderly landlords of shop premises that they had previously traded from before selling their businesses and granting leases and to which they wanted to return. Both cases went all the way to trial with Steven´s clients succeeding.

Where a lease of commercial premises has been granted, provided that lease benefits from what is known as “security of tenure”, the tenant is automatically entitled to a new lease at the end of the contractual term unless the landlord can satisfy one or more statutory grounds set out in the Landlord and Tenant Act 1954. The most commonly known ground of opposition is where a landlord intends to redevelop the premises.

However, in these cases, the landlords sought to rely on what is known as ground G which provides that at the end of the lease term the landlord intends to occupy the premises for, or partly for, the purposes of a business carried on by him or as his residence.

In the first of these cases (Sanjay Patel v Patel 2016 Westlaw), the landlords were husband and wife. They had operated a news agency and general store in Essex together from the late 1970s until 2000 by which time the wife had become so ill that she required a kidney transplant. The husband was to be the donor of the kidney and so they both decided to sell the business and grant a lease for 15 years. By the time the lease came to an end, the landlords had returned to good health; the kidney transplant is a complete success and they wanted to go back to the shop and run it together. They also wanted to live in the flat above the shop despite having a home elsewhere.

By the time the case came to trial, the landlords were both well into their 60s. The court found that the landlords were genuine in their wish to go back to the premises despite being old and not needing to run the business in order to live. The court, therefore, refused to grant the tenant a new lease.

In the second case, the landlord was 85 years old by the time the case came to trial in July 2018. She had previously run a news agency business in Hertfordshire together with her late husband from the 1980s. She had, however, sold the business following his death in 2007, granting a 10-year lease to the tenant. Following the wishes of her family, she then moved to Cambridgeshire to live with her son.

When the lease came to an end in 2017 the landlord opposed a new lease to the tenant on the ground that she wished to go back to live in the premises and run a business from there. She said that she actually never wanted to retire, that she missed living in the village and wanted to improve her quality of life by working in the shop and interacting with customers. She felt isolated living with her so far away from other family members. She accepted that she was elderly and had a number of medical conditions which meant that she could only play a minor role in the business. Her son would do most of the work and they would trade together as a partnership.

The tenant disputed the landlord´s intentions. It was his case that the landlord had retired back in 2007 and it was simply impractical for the landlord to move back and run the business, particularly as the premises had a very steep and narrow staircase and the only toilet was situated on the first floor. It was asserted at trial that this would make it impossible for an elderly lady to work at the premises.

After a 2 day trial, the judge accepted that the landlord had a genuine intention to re-occupy the premises and run the business despite being elderly and relatively frail. Whether or not she had intended to retire in 2007 was irrelevant – she was entitled to change her mind.

The trial judge remarked that the landlord was best placed to decide whether she was able to work in the shop and manage the stairs and so refused to grant the tenant a new lease.

These cases demonstrate that where a landlord opposes a new lease on ground G it is very difficult for a tenant to acquire a new lease. In both cases, the tenant did all they could to discredit the landlord and cast doubt on their intention – but once the court had heard the landlord’s evidence and decided that the intention was genuine it was obliged to refuse to grant a new lease and award the landlord possession.