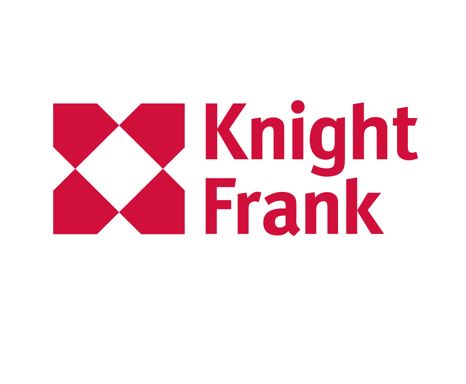 The mid-year update of Knight Frank’s Wealth Report, provides an up-to-date view on the movement of luxury residential property prices in 20 of the world’s key cities, analysis of the population of global demi-billionaires as well as the latest results from Knight Frank’s Luxury Investment Index. For the first time ever, Knight Frank also explores the demand for international accommodation in London from parents looking to place their children at private school, which has led to £2 billion of investment.

Despite the rise in political uncertainty and unknowns surrounding the final Brexit deal, the UK saw the largest inflow of overseas deposits globally* in 2017, rising to US$1.8 trillion, a currency adjusted annual net inflow of US$239 billion, according to Bank for International Settlements (BIS) data analysed in the annual Knight Frank Wealth Report.   France, ranked second after the UK, saw an annual inflow of US$89 billion, the majority of which came from the US and the UK.

Conversely, when analysing where the deposits of funds originate, the US was the largest origin for deposit outflows, reaching US$220 billion in 2018. The most popular destinations for these funds were the UK, France and Canada. Hong Kong was also a large origin of funds, adding US$40 billion to the deposits held in other reporting locations over 2017, the biggest recipients being the UK, Macau and the US.

One of the biggest drivers for prime residential markets globally is the demand for international education. Knight Frank estimates that a total of £2 billion each year is invested in London’s prime housing market by parents looking to secure accommodation while their children are at school in the capital. To understand the drivers for this trend in more detail, Knight Frank teamed up with London-based education specialists Keystone Tutors to find out why so many international families decide to choose a UK school. During the summer of 2018, Keystone Tutors surveyed over 130 education consultants, head teachers, heads of admissions, private client advisers and relocation agents to collate data on global trends regarding independent education in the UK.

The countries with the greatest numbers of children represented among the institutions taking part in the survey were Hong Kong, mainland China and Russia. The most popular age for wealthy parents to choose to send their children to study in the UK is 16, or sixth-form age, followed by 13, the age at which many enter secondary school. Those aged under 11 form a smaller, yet still significant, cohort.

The three greatest motivations for clients sending their children to school in the UK were: quality of education (87% of all respondents); prestige of school name – including perceived future employment prospects (67%); and to improve their children’s chances of securing a place at Oxbridge or other top UK universities (62%). Other motivations included property investment and quality of life, as well as the higher cost of school fees in other countries.  Similarly, the most frequently cited reasons for selecting a

university in the UK were prestige of university name and quality of education offered (each 80%), followed by quality of culture and lifestyle (44%).

Besides the UK, the most popular choices of countries to send children to for school were the US (mentioned as an option by 68% of respondents), Canada (29%), and EU countries (29%). After these, non-EU countries such as Switzerland are popular choices. For university options, the US leads with 86% of respondents confirming it as an option, followed by the UK, with Canada next (35%), the rest of the EU (35%) and Australia (20%).

The vast majority of respondents (66%) believed that the UK’s vote to leave the EU had had no impact on the attractiveness of the UK for education. The results showed that 61% of respondents felt their clients’ appetite to consider UK education had not changed in the past 12 months, while 24% felt it had increased, and only 15% felt it had decreased.

Keystone Tutors’ own work in this arena confirms that the greatest motivation for families to send their children to school in the UK remains quality of education and, in particular, the ability of prestigious British independent schools to cater to the entry requirements of universities in the UK and the US. The appeal of renowned British public schools in the UK itself remains strong despite the establishment of franchised versions around the world. This is largely thanks to the strong pastoral care and wide array of extracurricular activities on offer.

Demand for an international education is also driven by the perceived benefit of being exposed to another country’s language and people. This broadened global perspective incentivises wealthy parents to send their children overseas to develop language skills and build a global network.

The hope is that a high standard of academic teaching, the wide array of extra-curricular opportunities, and the development of an international cross-cultural perspective, will lead to better career prospects.