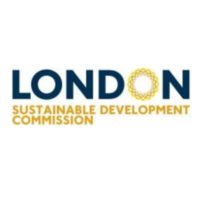 London will only fully decarbonise and become a more socially just, resilient city if there is a complete restructuring of green finance systems across the capital, says a new report.  It is estimated that more than £1 trillion of investment* will be needed to fund new infrastructure in the city by 2050, regardless of whether it is clean or dirty.

The report, Financing London’s Future, the London Sustainable Development Commission (LSDC) says this huge sum must be channeled appropriately to ensure the city remains competitive in the global economy and resilient to the impacts of climate change and other city-level pressures.

To achieve this step-change in how green investment is delivered the LSDC says substantial powers must be devolved from central Government to the Mayor of London’s office.

The Mayor’s landmark declaration of a climate emergency signals his intention to lead London’s efforts to avoid a global average temperature rise beyond1.5°C and the threats this presents to the future of our planet.

However the Mayor’s existing powers only account for around half of London’s emissions.

In Financing London’s Future, the LSDC calls for the establishment of an urgent taskforce, comprised of all key stakeholders including public and private sector representatives, to determine how a ‘London Future Finance Facility’ (LFFF) could be established.

The LFFF would need significant devolved powers from Government in order to deliver the investment London needs to decarbonise and thrive and be resilient in a climate-changing world. Uniquely, it will have a focus on delivering a just transition supporting disadvantaged communities and creating jobs for all.

It is proposed that the LFFF would have four key objectives:

§  Securing of a flow of investment that responds to the needs of environmental projects by the mid-2020s which is of sufficient scale and nature to meet the needs of London’s environment projects and ultimately London’s revised 1.5C trajectory.

§  Ensuring all parts and communities of London enjoy the benefit of its activities as a contribution to ‘inclusive growth’ and the transition to a low carbon circular economy.

§  Supporting London to become the global centre for the “low carbon circular economy”.

§  Demonstrating the efficiency, effectiveness and social value of integrated climate and environment financing, helping this approach to investing in multi-issue projects at an area-level to become the new normal.

The report claims the changes needed to ensure the finance is available for the capital to hit its zero carbon target by 2050 are so profound that only an organisation such as the LFFF will make this a reality.

Building on City Hall’s existing work on green finance including the Mayor’s Energy Efficiency Fund, the LFFF will aim to act as a bridge between boroughs and major investors, identifying infrastructure needs and a pipeline of low-carbon, commercially investible opportunities.

Dr Ashok Sinha, Chair of the LSDC, said ‘Huge flows of global capital pass through the square mile every day – but London itself always misses out’.

He said: “Such green finance flows as are issuing from the City are largely contributing to decarbonising other metropolises across the world rather than our own. This is perverse and will lead to London conceding a global leadership role unless reversed.

“The LSDC believes there is an opportunity to invest taxpayers’ money effectively to increase the scale and quality of green finance in London, and in doing so leverage much larger private capital flows – but only if London is given the devolved financial capacity to do so. We also believe that this can be done in a manner that brings real social as well as environmental benefits.

“There must be a redoubling of London’s efforts to avoid the societal collapse facing humanity unless the twin threats of global heating beyond 1.5°C and human-driven ecosystem collapse are averted.”

Mayor of London, Sadiq Khan said: “I welcome this report setting out a roadmap to boost green investment for our city. I’ve been clear from the start that, for London to play its role in tackling the climate emergency, we need large-scale investment far beyond City Hall provision. This means the Government, banks, pension funds and others must play a role. Finding new means of finance is a key barrier to overcome to achieve a zero-carbon future, and I will be looking at the commission’s recommendations closely to see how they can be taken forward.”

The new report outlines how the LFFF could be formed and the transformational impact it could have on the city.

Dr Sinha added: “If undertaken, the course of action we propose could well be the single most important intervention on climate change in the UK since the creation of the Climate Change Act. It would be an historic act, of globally significant proportions.”