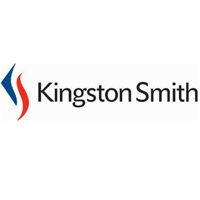 The statement was light on new policy announcements but as far as property is concerned, the Chancellor announced that the next property revaluation for business rates will be brought forward from 2022 to 2021. In accordance with the announcement made in the 2017 Autumn Budget, property revaluations will then take place every subsequent 3 years instead of every 5 years as it is now.

The government had previously raised the possibility of a self-assessment approach, but this has been rejected and the Valuation Office Agency will continue to assess the rateable values as they do at present (and the government has said it will ensure they are sufficiently funded to do this).

The government has said that it is bringing forward the next revaluation “to ensure ratepayers benefit from more frequent revaluations at the earliest point”, although there will undoubtedly be some who will be adversely affected by this.

Businesses feeling the full impact of the recent increases in business rates would have been hoping for more than this announcement as the previously announced measures to provide relief, targeted at pubs and small businesses, leave many businesses still facing large increases.

Other property related announcements included a commitment to build 215,000 new homes in the West Midlands, facilitated by a grant of £100m from the Land Remediation Fund, and a doubling of the Housing Growth Partnership which provides financial support for small builders.

For more detail on the Spring Statement, please see below.

Corporate & Business Tax
Many of the consultation documents published alongside the Spring Statement may ultimately have implications for businesses. Taxes on turnover and taxes on single-use plastics have both been in the offing for a while, and these are now going to be the subject of more serious consideration. Certain businesses might also see an increase in their obligations under proposals relating to online platforms and those that don’t pay their suppliers as quickly as the government might wish may also be the target for government intervention. On the other hand there was more positive news for those that own and invest in businesses, with possible extensions to Entrepreneurs’ Relief and the Enterprise Investment Scheme.
Read more

VAT & Indirect Tax
Alongside the Spring Statement, the government published a number of documents which may ultimately lead to future changes to the VAT regime.
Read more

Employment Tax
Employment tax was not a focus of the Chancellor’s speech, but measures announced show that he recognises the challenges the economy faces from the skills gap. The Chancellor acknowledged in his speech that the Apprenticeship Levy had got off to a rocky start and – reinforcing his commitment to having 3 million apprenticeships by 2020 – he allocated £80m to help fund small businesses who want to take on an apprentice. Other measures relating to skills included support for employers who need to get ready for T-Level work placements, and announcing a consultation on more generous tax relief for self-funded training.
Read more