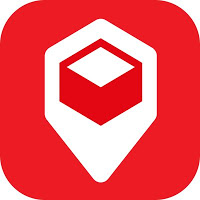 For almost two years now, Parcelly has been on a mission to simplify parcel deliveries, enabling those with unused storage capacity to capitalise on this space and generate revenue by becoming a parcel collection point, i.e. Parcelly location. Before today, this service was limited to trusted business owners who make up Parcelly’s 600+ strong Parcelly network, which continues to grow by the day.

The launch of ‘Parcelly Agent‘ provides an exciting extension to Parcelly’s current service proposition: Parcelly Agent is the parcel service in your neighbourhood or local community. While you are at work, the friendly Parcelly Agent is at home to receive parcels on your behalf.

Designed primarily for rather rural areas with no local parcel collection points, Parcelly Agent is aimed at trusted neighbours who are already accepting parcels on a regular basis or would like to start supporting their local community, by making missed deliveries a thing of the past. Parcelly’s green, paperless smartphone-based app solution reinvents the old-fashioned method of visiting your local depot to collect parcels, and has a strong social and environmental impact. By adding Parcelly Agents to their already vast network of locations, customers as well as delivery drivers will have even less distance to travel in order to collect or respectively deliver parcels, which in turn reduces road traffic and minimises the environmental impact of parcel deliveries.

Speaking on the launch of Parcelly Agent, Sebastian Steinhauser, Parcelly’s CEO and Founder remarks “Parcelly continues to push boundaries and reinvent the way people receive, send and return parcels – all through our app. Parcelly Agent is a natural extension of our sharing economy based model and will further drive customer control and convenience”.

Parcelly is one of the UK’s fastest-growing logistics startups in the UK, offering a fully mobile based click & collect solution to solve the problem of failed home deliveries and to convert any local business and selected private individuals into a parcel collection point. As Parcelly continues to grow their location network and services across the UK and beyond, more and more exciting features are set to be released. These will not only further improve customer experience and delivery efficiency, but also drive business opportunities for both Parcelly Locations and Parcelly Agents, leading to additional control, convenience and flexibility for customers and all stakeholders along the entire supply chain, together with a sustainable social and environmental impact.

Introducing the biggest thing to happen to parcels since cardboard, here’s how the Parcelly Agent model works:

1. Sign up as Parcelly agent (Parcelly will complete a due diligence check upfront)
2. Specify your business hours (Parcelly Agents control the number, size and collection hours all from their smartphone and set their preferences via the Parcelly Agent app interface)
3. Receive parcels and earn a commission for each parcel handled (A neighbour or friend’s parcel will be delivered to Parcelly Agent’s hands and collected when both parties are free). Easy!

So for everyone who has ever been so kind to accept a parcel for a neighbour, Parcelly has created a convenient interface to do so efficiently, whilst earning some money at the same time. Do you know someone interested in becoming a Parcelly Agent?  Applications should include a personal CV and postal code and can be send to becomeanagent@parcelly.com.